Strands: Political movementsAfrica has a rich history of strong and fearless political movements that have fought back against political, social and cultural injustices. Contemporary Africa is no different, across the continent people are arising! Although movements differ markedly in their aims, they all have one goal – to fight for change. The strength and vigour exuded by African political movements has helped to end unjust regimes, unveil corruption and has inspired millions of people across the world. 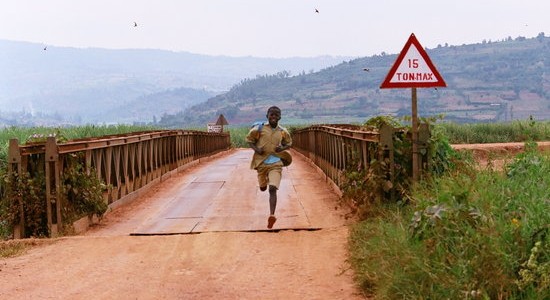 In the year 2000, it was estimated that some 300,000 children were serving as soldiers in armed conflicts in more than thirty countries around the world. Almost half of them were engaged in various conflicts on the African continent. Inspired by his own war-torn upbringing, Aduaka's film is the story of seven-year-old Ezra, who is kidnapped by rebels on the way to school. After he was taken into the jungle and trained as a soldier, Ezra finds himself seven years later in front of a "Truth and Reconciliation Commission," which asks him to piece together a maze of facts surrounding the night of a devastating attack on a village. What is presented as a confession turns into a trial as his mute sister chooses to reveal a secret kept from her brother.

Winner of the grand prize at the 2007 FESPACO film festival, Ezra is a hard-hitting film but deals with its difficult and relevant subject matter in a poignant and sensitive fashion.

Director Newton Aduaka will be in attendance to talk to the audience after the screening. 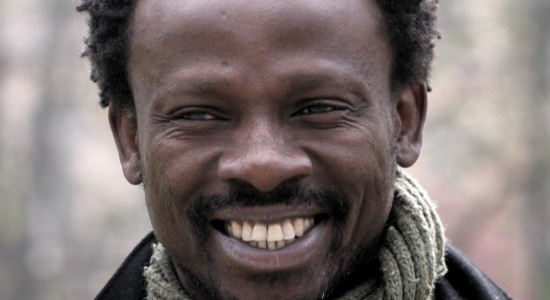 Award-winning Nigerian director Newton Aduaka will show clips from his films and talk about his filmmaking practice in this masterclass, followed by a screening of his acclaimed feature film Ezra.

Our thanks to the School of Arts and Humanities at the University of Stirling for generously supporting Newton’s attendance.