African Sexualities at Africa in Motion 2013

Director Amil Shivji wonders what the Shoeshine guy has to say

About Africa in Motion 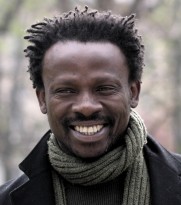 Newton Aduaka was born in Eastern Nigeria in 1966. At the age of four his family sought refuge in Lagos after the Nigerian Civil War (also referred to as the Biafran War). He moved to the UK in the mid-80s to study Engineering, but discovered cinema, graduating from the London Film School in 1990. In 2001 he directed his debut feature film Rage. His second feature film Ezra won the Etalon d’or de Yennenga, the highest honour for an African filmmaker, at the FESPACO film festival in 2007. One Man’s Show is his third feature film. Newton currently lives in Paris.

We are screening One Man’s Show in Edinburgh on Mon 28 Oct. Newton will also visit the University of Stirling on Wed 30 Oct where he will present a masterclass followed by a screening of Ezra on Wed 30 Oct at macrobert.

With a background in photography and design, and a Masters degree in Postcolonial Literature & Theology, Phil moved into the world of film in 2011 with his first short, Even Gods, which picked up a number of awards and has traveled widely around the world. Based in Ireland and South Africa, and made on a budget of only $150,000, The Good Man is his first feature film. He currently lives between Cape Town and Belfast and is working on a second feature.

We are screening The Good Man in Edinburgh on Fri 26 Oct.

Judy Kibinge: Director of Something Necessary

Judy Kibinge (born in Kenya in 1967) moved to the US and later to the UK during her childhood and studied communication in Manchester. After her return to Kenya she worked in advertising. Since 1999 she has dedicated herself fully to film. She is the driving force behind film production house Seven, established in 2006. Her debut A Dangerous Affair received an award at the Zanzibar International Film Festival in 2003. Something Necessary is her third feature film.

We are screening Something Necessary in Edinburgh on Fri 1 Nov. Judy will also give a masterclass on the same afternoon at the Edinburgh College of Art.

Judy’s visit to the UK is co-hosted by Film Africa in London and Afrika Eye in Bristol. 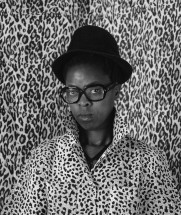 Zanele Muholi is a visual activist born in Umlazi, Durban; she currently lives in Johannesburg. Muholi completed an Advanced Photography course at the Market Photo Workshop in 2003, and held her first solo exhibition at the Johannesburg Art Gallery in 2004. She was the recipient of the 2005 Tollman Award for the Visual Arts, and the first BHP Billiton/Wits University Visual Arts Fellowship in 2006. She studied for her MFA: Documentary Media at Ryerson University in Toronto. In 2009, she received a Fanny Ann Eddy accolade from IRN-Africa for outstanding contributions to the study and advocacy of sexualities in Africa. Also in 2009 Muholi was a Jean-Paul Blachère award winner at the Rencontres de Bamako African Photography Biennial, and won the Casa Africa award for best female photographer living in Africa. This year she won the Index on Censorship Freedom of Expression arts award and the Prince Claus Award for Photography.

We are screening Zanele’s documentary film Difficult Love in Edinburgh on Wed 30 Oct. 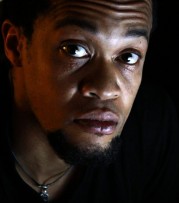 We are screening Jahmil’s incredible latest feature film Of Good Report in Glasgow on Fri 25 Oct, and in Edinburgh on Sat 26 Oct. Both screenings will be followed by a Q&A with Jahmil.

Jahmil’s visit to the UK is co-hosted by Film Africa in London. 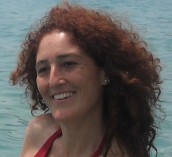 After working for the United Nations for several years in various African countries, Italian scholar and filmmaker Daniela Ricci then went on to complete a PhD in African Cinema at the Lyon 3 University in France and Howard University. Daniela is currently a lecturer in cinema at La Sorbonne Nouvelle in Paris and president of the inter-cultural organisation Melisandra. Since 2006 she has organised the festival Uno sguardo all’Africa in Savona, Italy. Creation in Exile: Five Filmmakers in Conversation is her first film.

We are screening Creation in Exile in Edinburgh on Mon 28 Oct.